There are things that are important to me. One of them is adventuring.
Why? is a question a lot of people ask me. It’s a question I ask myself as well.
Part of it is being part of a group that understands the thrill of doing these things, that have felt the same thrill.
I’ve jumped out of airplanes twice – the first time on a static line, the second time as a tandem.
Most people I’ve spoken to that have jumped all say the same thing – they don’t remember the first five seconds of their first jump.
I have the same gap. I think that happens because there is just no frame of reference for the brain to process what it’s just done.
Even after the brain catches up, it’s kind of hard to process. But it leaves a pretty damn big smile on your face, even after (if you’re like me) you blow the landing, smack your knee into a rock and limp for the next three weeks.
Battle scars are cool.

Part of what I love is the discovery of what this magnificent, complex, under-appreciated body is capable of.
I’ve gone climbing many times at the Shawangunks in New Paltz, NY.
Sure, there’s a safety line, but once it’s fixed and checked for security, it’s forgotten, only used as a last case if (when) you come off the wall.
I remember 2 climbs in particular: Slightly Roddy, and the second pitch of High Exposure.

Slightly Roddy is a short climb – about 25 feet vertical, with a 10 foot overhang ledge. To reach the end of the climb, you shimmy up a very accessible face, then climb out parallel to the ground along a crack that is navigated by jamming both fists and both feet into it.
It’s a short climb, and as a Top-Rope, it is well protected. But on my third try, I was laughing so hard at the absurdity of the position I was in, that it was guaranteed I was going to fall off. And, laughing to my partner who was belaying me, that’s exactly what I did.
I never finished it, but it is one of the stand out climbs of my trips there.
High Exposure is memorable for a different reason. 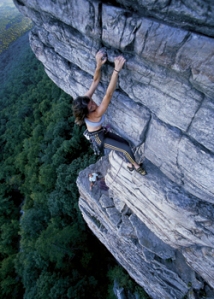 Finishing a 100′ climb to a ledge, the exit move is done from that ledge onto a point.
To make the move (just below the woman in the picture), the climber has to lean forward over a 100′ drop, reach over their heads to find a hold, then grab it, spin around and climb up into nothing. Nothing.
I couldn’t do it. I took that look down and seized up.
If the two climbers rappelling down hadn’t stopped, called out encouragement and yelled guidance on where to put my hands, I wouldn’t have been able to do it.
But they did. And with their words, they welcomed me into the club of “Because it’s There”.
That day, I learned, more clearly than from any other situation before or since, what my body and mind can do when they work together.
Same thing with hang gliding. The body and mind have to be focused and working together, or bad things will happen. 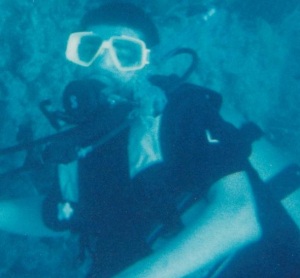 As an insulin-dependent diabetic, I’m not supposed to dive. But it was pretty high on my list of things to do, and on a resort vacation one year, I decided to take the whole Open Water Diver course.
Oh. My. Goodness.
Flying. I was flying. Moving in three dimensions with a wave of my arm or kick of my leg. Hovering. Rising. Falling. Flipping (a little weird doing somersaults in scuba gear, but still fun). And so, so relaxing. If you’ve done it, you know what I mean. And you can understand a conversation about the fun of being self-contained in an alien world.
If you haven’t, stop reading this, find a dive shop, and get your butt in the water.
You’ll thank me for pushing you into it later. Even you, Greg.

Or surfing. Which I suck at. 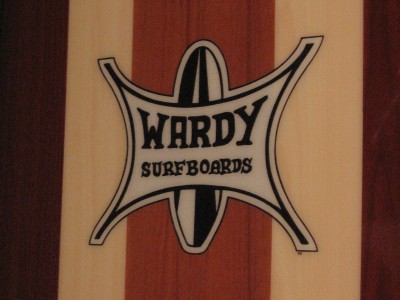 I don’t suck at all parts of it. there’s a move called “pearling”, which is flying off the front of the board. While it’s not the goal of surfing, I have managed to discover 117 different ways to do it. And mastered them all.
But I keep going out and I keep trying. Because it’s fun. And lets face it, driving through suburban NYC with a surfboard strapped to your roof is cool. Especially if you know how to use it! (Which I will one day. I hope).

It’s part of being in a group that knows what it takes to do these things, of the commitment and focus needed to ride on that edge between lots of fun, slightly insane, and totally unbelievably stupid.

In the end though, more than the community, more than the cool factor, even more than discovering my limits and how to get past them, it’s about discovering joys and perspectives that I just can’t find commuting to work, or just sitting at my desk, or doing any of the mundane daily tasks that are part of life.

If someone asks “Why adventure?”, my two answers are a quote from George Mallory, “because it’s there”, and the other, even truer for me, to answer every surprised gasp or aghast sneer of “why would you do that?”, I can only answer…

“Why would you not?

Like Loading...
This entry was posted in Adventure, Stuff, Uncategorized and tagged Adventure, banzai, Deep Thoughts!, extreme, get me off this thing!!!, musings, philosophy, Stuff, you did what?!?. Bookmark the permalink.

7 responses to “Why Adventure?”