Holy..what the…It’s Friday? Already? Wasn’t it just Tuesday afternoon? well, obviously not. But I’d like to know how that happened. Oh, wait a minute – it must have passed while I was reading the fantastic posts y’all put up this week!

whatimeant2say gave us Tale Of The Slappy Hand, and other things from beneath the bed. Jamie was beseiged by those raving terrors of the insect world, crickets!!!
In more serious posts, Amors Thoughts and Best Bathrooms Books closed up shop, and signed off with a lot of class and style. But they’ve left their blogs up, so if you haven’t read them before, go check ’em out. They’re really good, and worth reading. Finally, Sharp Little Pencil put up a fantastic moving poem.
Thanks to them, and everyone else for the great reads this week! Really, this list could have gone on and on with the stuff I was lucky to see this week.

Even though it seems like I just asked yesterday, there’s a whole weeks worth of answers to last weeks poll. We asked What would you name your rollercoaster? And I’m glad I wasn’t asking for childrens names.
Here’s what you came up with (as always, I’m spinning, diving and looping in italics):

lightening lizzie exuberator …lizzie C..duh 🙂
(We can build it right next to the Laid Back Lizzie Effervescent cafe!)
The Procrastinator: it would be all uphill climb. Carrie (Cannibalistic Nerd)
(Crap. The post went up before I got around to answering this one.)
The Titty Twister- it’s a hands on experience! GingerSnaaaaaaaaap
(Somehow, that doesn’t sound like near as much fun as it should…)
The Urinator (for us who pee ourselves easily) From Goobers (Snaap’s Daughter)
(Like mother, like daughter. But funnier!)
Where is Wonderbutt? (That’s the scariest thing I ever hear!) ~whatimeant2say
(It would never pass the safety inspection. Especially after he chewed through the seatbelts.)
So fast, you could have sex with the person 3 cars back if you rode naked. Lorre
(Umm…I don’t think that’s supposed to be fas- Oh, the coaster. Got it.)
look out belo—aaaarrrrggggghhhhhhaaaarrrrrgggghhhhh…. BarkingInTheDark
(Shouldn’t it be “lookout belo- SPLAT!”?!?)
Bob – John Phillips
(WE HAVE A WINNER!!!)
guaranteed no bumps higher than 1/2 a metre.
(What is that? A kiddie coaster? Definitely not. Slacker.)
life.
(Good one, but most of the coaster should be fun.)
LIFEINTHEFARrrrrrrrkI’mgonnadieI’mgonnadieI’m,oh,Imadeit-we’reOK, I’m cool..Lane
(Is that your full name? How the heck do you fit that on DMV forms???)
Oh, myyyyyyy Goddddddddddddddddddddddddddddddddddddddddddddddddddddddddddddddddd
(Have you been riding on Lorre’s coaster?)
The Vomit Comet (Phoenix les Cendres)
(Just hope you don’t vomit at the top of the loop de loop. hehehe)
The Chuck Norrisinator or Chuckinator for short – the curtain raiser
(Roller coasters throw up when Chuck rides them. Wait, let me rephrase…)
“Never Been Tested” – works for sleazy tramps and coasters ~ flame
(Combining sleazy tramps and roller coasters…that’s a whole new kind of ride!)
NoWayNoHowWillIGetOnThat! by Elyse, 54.5
(Of course you don’t have to, Elyse…Look! Distraction! (ok everyone, GRAB HER!))
The Vomatorium….zannyro
(If you were going to go with a Roman torture theme, I’d have thought it would be The Colise- Oooooh. Got it…)
You’re Fucked –Lilly
(Ah, so you see the coaster as one of life’s most pleasurable experiences…)
Muther Flower! “MF” for short and those in “the know” – woohoo!
(I’m pretty sure everyone is gonna figure it out before the first drop!)
This isn’t the bus to Marvin Gardens, is it?
(No, but if you release the belt right at the top, you’ll probably land there!)
FAAAAAAAACCCEEE!!! (The new zombie battlecry, from Asplenia!)
(Wouldn’t STOOMMAAACHHH or BOOWWWWEEELLLSSS be more appropriate?)
The vomit vortex. A Gripping Life
(Is that like a swirlee? nevermind…)
First Marriage Stay Abnormal
(I’m not sure if that sounds like fun, Rich…)
The Guapolator – sandylikeabeach
(Making people ill. One post at a time!)
The Tummy Wobbler Linda V
(Yeah! Lure them in with “cute” and then bring on the crazy!!!)
theregoesmyfuckinglunch
(Does it taste as good on the way up?)
A no brainer …. The Guapo Experience (Frank)
(Yes! We could set it inside my head! People are scared by dark empty space, right?)
The Most Fucking Awesome Ride You Will Ever Have! Kayjai
(I like it, but it might be too subtle…)
Le Clown
(Nice thought, but no coaster could contain the lese majestie, the elan, the joie di vivre that is you. Plus no one sells ego insurance. ;))

So there you have it. Congratulations to John Phillips for this weeks winning answer!
And from the offered choices, the most popular one was SOILED UNDERPANTS! Because we’re trying to develop a theme here. Congratulations to all you lucky winners out there, your Donny & Marie commemorative spatulae are in the mail! 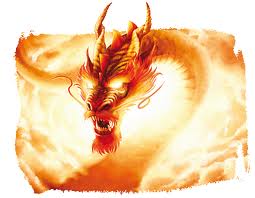 This week, we’re going to fight the good fight. We’re going to kill two birds with one stone. We’re going to-
No, we’re not going to do any of that. But we are going to do some revisions.
Whatever doesn’t kill you makes you stronger? Really? what if it leaves you in the hospital? What if it makes you sit through 97 hours of One Tree Hill? So this week, let’s fix the phrase.
For this poll, we’re aiming big, aiming for the things that failed to kill us. Because we’re too foolish to die. In the best possible way.
Vote early, vote often. But don’t vote too late. Because this one closes at 2359 EST on 21 June 2012. (If you write in an answer, let me know who you are, and I’ll link back to you next week).

And until next time, I leave you with these:
From a few years ago, Brian Williams reveling at the New York Times discovery of Brooklyn


Have a great week everyone! See you around the ‘sphere…

Tagged Friday Foolishness, rollercoaster, The 101ers, What doesn't kill you makes you stronger