On a serious note before we start – to all those affected by the hurricane this week, I hope you all weathered it with your usual style and panache, and that normalcy is returning to your part of the world.
For those interested, the Red Cross is collecting to help those that were devastated by the storm.
And if there’s anything you can think of I can do to help you out, just let me know.
And away we go… 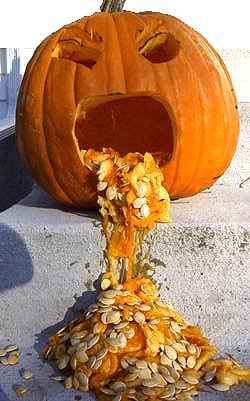 That last kit-kat did me in…

Oh, that was fun. Trees bending, tunnels filling with water. Beaches being washed away, Trumps hair seething in the rain, and all of the MTA closed for a few days.
How does one weather a hurricane? Why, by reading blogs, of course!
Here’s some of what I saw.
butimbeautiful gave us her instructions on finding happiness
Mike Calahan shared his younger selfs’ adventures in movie making, and Hasty Words wrote a great poem about coworkers.
You and everyone else made this week a little easier to get through!

Which brings us full circle to last week. The poll asked What is your Halloween costume?
And regardless of how you’re dressed on the outside, you all are hilariously outlandish on the inside!
Here’s what you said. (As always, my comments are searching for candy in italics.)

Mitt Romney, now that is definitely scary… Androgoth
(But his hair is perfect. (Anyone? Anyone?))
I loathe Halloween
(That’s the spirit! Now just add moaning and a clanking chain.)
Usual night out clothes. Serial killers look like regular folks –Miss R
(You could pop your collar. That scares the crap out of me.)
Lily Munster, cause I don’t have to get changed-butimbeautiful
(You need a Herman, so you can rest your drink on his head.)
Stepping on giant spider gave me costume idea: (slutty)spider buster! –asplenia
(And your sidekick, (Slutty) Dustbuster Guy!)
Someone pretending to care that it’s Halloween.–Lily in Canada
(*Someone pretending to write a pithy response*)
A famous, published author – me! Benzeknees
(Go as a spray painter. Everyone will see your work!)
Dick Whitington, but the Cat can naff off… Androgoth
(I think Dick was just a mouthpiece for the cat.)
Well it won’t be anything like Frankenstein’s tart, she is on the next bus 😦 Androgoth
(No wearing the other revelers, Andro. hehehe…)
Myself, that is definitely scary enough I think? 🙂 Androgoth
(Aww, that’s so cute!)
The girl who’s not good at making costumes… (jillianlevi)
(Go as the Charlie Brown swiss cheese/ghost?)
A Happy Zombie (better than a depressed human) (Stacy)
(I bet the guy whose face you just ate doesn’t think so!)
A squirrel in a pink tutu..awindowintothewoods
(Beats those pink elephants I see after my morning coffee…)
If Hotspur would show his face, I’ll go as HIM! – words&otherthings
(EEEEEK!!!)
BUTTON cracked button 😉 LizzieC
(How about Red Buttons?)
a big cracked butt ..LizzieC
(So a plumber then?…)
Group costume. Making life sized binders, full of women & blow up dolls. –Quirky
(WE HAVE A WINNER!!!)
Someone who’s had too much candy. Carrie Cannibalistic Nerd
(I won’t even have to buy a new outfit for that!)
Sawed in half/ badly reattached half Romney (left side) Obama (right) –B_T
(Since it’s a political costume, you should stress the “disjointed”.)
Mother Nature (my daughter picked it)
(Next year, bring the treats, leave the tricks. And you owe us a new tree.)
Roadkill (sandylikeabeach)
(Often confused on Halloween with “buffet”…)
El Guapo in a Flying Suit with Jets (Frank)
(Leading to next years costume,El Guapo with a big grin in a full body cast!)
Noncommitted (Kanerva)
(Wait – does that mean no straitjacket?)
Donald Trump — my hair’s a mess (Elyse 54.5)
(If you’re Donald Trump, the hair is the least of your problems!)
I can’t tell you,it’s a secret but I’ll post pics. KJ
(You’re the “Where’s Waldo” of Halloweeners.)
A bored suburban housewife from Ohio. SnaapyG
(Mix it up a little. Go as a bored housewife from New Jersey.)
a person who no longer gives a fuck – Rodney Dangerfield
(Rodney Dangerfield is dead. Go as his zombie version!) 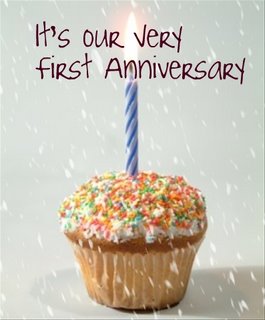 So here we are at this week. Big news here is the elections. I’m voting Obama, and I hope you do the same. As Androgoth noted, Mitt Romney is scary.
But that’s not the poll.
This week is falls between the anniversary of the very first poll, and the first time it was called Friday Foolishness.
Which means that, after a year of doing these, it’s all about you. that’s right folks. We’re asking what you’ve learned from these polls!
Pour out your life lessons, and pour as often as you like, but pour them before 2359 EST on 8 Nov, because that’s when this one closes.


And until we meet again, I leave you with these.
Before he was Mr. Bean, Rowan Atkinson was a stand up comedian.
The first clip has stuck with me for years. Rowan Atkinson as a priest:

And Rowan Atkinson as the Devil:

Have a great week everyone. See you on the flipside…