If you read or watch science fiction, all of those phrases are familiar to you. In fact, variations on that theme are so well known, that we are complicit in ignoring the fact that it can’t be done.
We let ourselves be fooled by mystical explanations of “anti-matter” and “holes in the space-time continuum”. 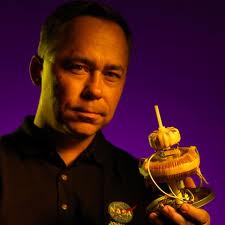 White’s work is based on the math and ideas of Miguel Alcubierre, who came up with the equations for warp drive. But he thought it would take an energy source the size of Jupiter to do it.
While working on the equations one day, White realized that if the shape of the field generator was changed, it could be done with an energy mass of about 1600 pounds.
That’s less than the weight of the bookbag I used to carry!

Here’s the oversimplified version of how it works:
The engine (referred to as an Alcubierre Drive) would warp the space around it. The space behind would be expanded, pushing the craft forward. The space in front would be contracted. 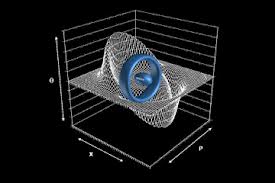 That’s it.
Now here’s the kicker: The speed of light is an absolute. Nothing can go faster than it.
But because of loopholes in Einsteins theory of relativity, the light barrier isn’t broken relative to the changed shape of space.

The practical upshot is that a trip to Alpha Centauri (4.3 light years away (that’s 4.3 years of constant travel at the speed of light!) could be done in…wait for it…two weeks.

I’ve waited on line at the DMV for longer than that.

So practically, what does that mean? Well, nothing really. It’s all still theoretical.
White is in a lab right now, trying to generate micro disturbances in space to see if they are measurable.
The math holds up, but it remains to be seen if (and how well) it can be applied in real life.

I hope it can. I bet there’s great skiing on Pluto
But I only have a few days off…

The first article I saw, from io9, The article from Time.
And an abstract of White’s paper, with a link to the pdf of the whole thing.

78 responses to “Science Fiction, Without the Fiction: Warp Drive”