Up on the Concert Log/Music link at the top, you can see the quick mini review of Fitz and the Tantrums at Irving Plaza Sunday night.
They were fantastic.
But that’s not what I want to talk about today.

There were two opening acts. The first was Ivy Levan, who, I’m sorry to say, we missed. She only did a twenty minute set, and dinner was too good to rush (duck breast! braised short ribs! warm lava cake!). 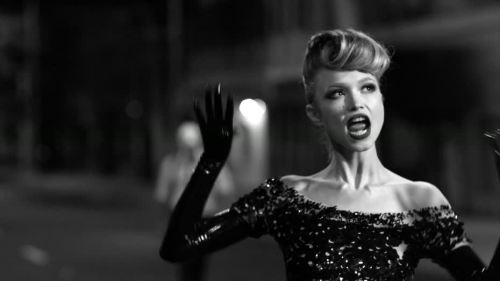 My hair is richer than silly old lava cake.

We got there in time for the second act, and that’s the lead in to today’s post.
Ahem…

I’ve seen Duran Duran. They weren’t bad, and Rio has surprising legs this far down the road.
I’ve seen Depeche Mode, and while they aren’t my cup of tea (industrial angst? Really?), they did put on a good show.
I’ve seen Kiss, Psychedelic Furs, hell, I’ve even seen Heart and Huey Lewis and the News, and enjoyed them.
All in the last decade.

And a lot of 80s music is fun. In small doses, even the syrupy stuff is nice.
But I’ve never seen one band encompass everything wrong with 80s music in one shot.
Until last night.

Their name is Hearts. I haven’t been able to find out anything about them online at all.
And while some may think I’ve been letting this one fester under my skin until I could write this down, fortunately I have “of the moment” proof, courtesy of twitter.
I’m not sure what burned me about this band. I think it was the fact that there was nothing original. Every riff, every trope, every move was taken from bands that did it earlier, smoother, better.
I felt like I was watching a cheap imitation of something that had earned its place in our culture, and doing a poor job of it.
So here now, are the as-it-happened tweets of myself and TMWGITU under her twitter handle @FredWallaby: 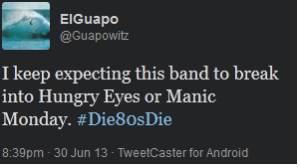 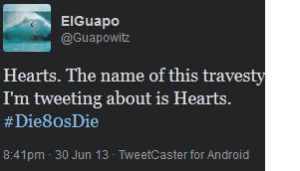 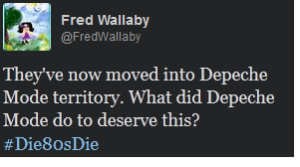 I hope this suitably expresses how god-awfully 80s this band was.
If not, I’ll see if I can’t get Phil Collins to lay down a track to describe it.
As soon as Marty McFly brings his synthesizer sustain pedal back in the DeLorean. 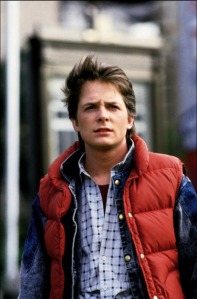 Hey, Lay off Dude! I owe my career to the 80s.
And feathered hair.