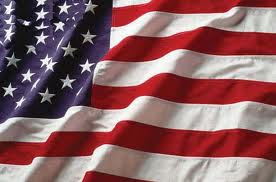 There’s a whole lot of things I was going to write about for the “other” post of the week. I’ve been thinking about the freedoms I and my fellow Americans enjoy, and how it looks like they’re being whittled away as we watch, or even cheer for it – NSA surveillance, abortion restrictions (and with it, access to healthcare for women).
At the same time, I’ve watched the repeal of DOMA which gives me some hope that in the end, people will just let others be people.
I’ve been watching the GOP. They have some positions I admire – self sufficiency, independence, compassionate conservatism (which, like communism, might be a great idea in theory, but sucks in practice). But overall, they are very much the party of the older white male. Perception is often reality, especially in politics. And the reality they broadcast is that they act in the name of a god that has absolutely nothing to do with any god I’ve ever read about in any religious text.
Well, there was that one by Scalzi which was pretty good, but that was sci-fi, so I don’t think it counts.

It seems like instead of drawing people together, there are an awful lot of forces pushing to keep us apart. And here’s what I don’t understand the most: how does that help them?
All the bozos (politicians, talking heads, zealots, et al) are all screaming at the top of their lungs trying to get a bigger piece of the pie. Their claim is that their distribution of the pie is the only one that’s right, the only one that matters, the only one that tastes good.
But that pie is big enough for everyone. The screaming, the emotional plays, the demeaning of everyone that disagrees with them, lessens all of us, and just hurts the pie.
Why would you do that to pie?
(Mmm…pie…) 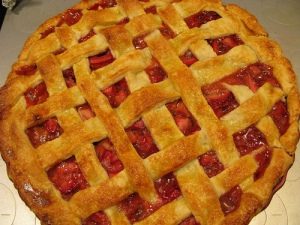 And as I write this rambling pointless post, it occurs to me that here’s what bothers me: the argument is losing its basis in reality. Both far sides of the political spectrum are quite ranty about what they believe in. But they’re so caught up in trying to impress on people how awful/scary/stupid the other side is, that they just scream louder and make up more and more “ficts” (fictional facts) to support their side.

Here’s an idea: speak your peace. You want me to believe abortion is bad? Great. Give me a good reason. Justify how jamming a wand into a vagina (currently occupied by a fetus, thank you) is in anyone’s best interests, or how the state should be over-riding doctors to impose a medical procedure that isn’t on par with inoculations (which, by the way, can be refused ).

You want me to pay more in taxes to support your cause? Fantastic. Why? How does that improve society? How does that make my life better? Because that’s your job as my government – to make the life of every citizen better.
And self defense.

You want me to fund a long term science project? Actually, I have no problem with that. Who should I make the check out to?

I have the freedom to ignore you.

(Author’s note – I should probably stay off the blog when watching political news. Oops.)