Round and round! WHEEEEE! IT’S FRIDAY AGAIN!!! I TOOK IN TWO CONCERTS AND SLEPT TOO LITTLE THIS WEEK!
But you could probably tell that last part. So if there were only two concerts, how did I spend the rest of the time I should have been sleeping? Why, reading blogs of course! Here’s some of what I saw.
Scarp went shopping. Live Clay opened the Tooth Fairy’s luggage, and Quirky had a baby!!!
Wow! Thanks to them and all of you for the great eye candy this week.
(Yes, some of these are from a couple of weeks ago, but still, I still wanted to mention them.) 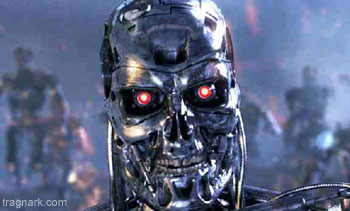 No, it’s a smile. Just take the damn picture already.

Besides concerts, one of the things that kept me up this week was last weeks poll. We asked what the next technology should be. And boy, were you all forward thinking. Here’s what you said. (As always, my comments beep and whirr in italics.)

Sharp Little Pencil says microchips hotwiring our brains – zombie behavior.
(ERROR 404—SNarkY RespONSe nOt fouND)
Nokia!!!! (Kanerva, rooting for the home team here)
(Then your new home-team is Microsoft (google it), and they don’t give any discounts for being nice….)
Zombie Robots?? John Phillips
(Silicon! SIIILLLLLIIICCCOOONNNNNN!!!!!)
the dumb phone (Stacy)
(It’s not the phone. It’s the users.)
A truly clever toaster that never burns your toast MyBeautifulThings
(Trying to figure out what military technology that will be adapted from.)
Dog mute app. Scarp.
(iBone?)
Amish Space Program – Hotspur
(To humbly go where none before thee hath gone. And mind the horse poop.)
Female Sex Robots – Hotspur
(Does it matter what gende- Oh, sure…sure, female…)
Fake Laugh Implants — Linda Vernon
(As long as they feel real!)
Rosie from the Jetsons! Benzeknees
(Whew! Thought you were going to say Rosie from “Roseanne”!)
Wall-E (Add-E)
(Fun-E!)
Something nobody over 30 will be able to figure out without assistance Elyse 54
(Bring back the VCR! No one under 30 will understand it…)
.5 (It cut me off. Obviously a new fangled poll.)
(We’re still trying to fix the *bug )
(*writer)
Please says clones! I am tired of doing everything. just want sleep. –UndercoverL
(What makes you think your clones won’t be as lazy?)
PMAO… we will all be driving bumper cars…
(I always knew we were a bunch of clowns.)
A vibrator which recharges itself. ~Red.
(WE HAVE A WINNER!!!)
Teleportation! I would be better able to get off this island! Kayjai
(Can’t you just be voted off?)
Friday Follishness – Phone Edition – all the foolishness all the time. thematticuskingdom
(This is the most serious thing I do all week.)
a bug free version of windows. thematticuskingdom
(Woah – we’re looking for possible futures here, not flat out fantasy!)
TV antennas for your retinas. thematticuskingdom
(Had to look in an old Farmers Almanac to find out what “tv antennae” were…)
insta-polygraphs: letting you identify the liars around you. thematticuskingdom
(I think those are called “ears”.)
followed swiftly by the insta-polygraph beater. thematticuskingdom
(I think those are called “politicians”.)
Twigs upgraded to some sort of brush for the teeth (Rutabaga)
(Will it scrape off the genetically modified food I eat?)
Google glass right in the eyeball. Embrace the Google overlord. (rollergiraffe)
(Can I also see everyone in my Goolge Talk- I mean Google+- I mean…maybe Google should just focus on searching…)
brickhousechick: an app that does your job at the office AND in bed! 🙂
(What I do in bed isn’t a job. It’s an adventure.)
(*snaps on harness and lowers goggles*)
angry birds
(I’d be angry too if that was the pinnacle of technology.)

Well, you know what comes next. This is the part where I ask an incredibly stupid question. But this time, that’s not going to happen. This time I’m just going to write the answers. You get to write the question!
Pick as many answers as you like. But “Other” answers should be the question that these are in some vague way related to. And if you leave a write-in, leave some ID too so I can link back to you next week. Oh, and do all that by 2359 EDT on 2 October, because that’s when this one ends.

And to send you on your way while I catch a much needed nap at my desk…
Yes, it’s a car commercial. But it’s still funny.

And since I seem to be all technology-future this week, let’s finish off here.

Thanks for coming around, and I’ll see you…well, some time next week, I guess…
Have a great weekend!