Friday Foolishness – From Here To There Edition

Wow, I suck. I was barely out in the sphere this week. One of the sad side effects of real life is that sometimes it’s such a timesuck. But I did get to see a few good posts.
Running On Sober ran 18 miles. Without timing it.
Mel is taking ballet lessons, and finally,
Jell Jell had a baby!!!

If y’all knew how much I enjoyed reading all your stuff, you might charge me for the privilege

In other “last week” news, we asked about themed donuts, and what would be a good way to make a donut. Wow, y’all have some…interesting ideas about pastries. here’s what you said. (As always, my comments are sprinkled in italics.)
Glazed…enough said. –kbar3
(There’s always room for the classics!)
Bacon. Red.
(For when sugar and filling are not bad enough for your cholesterol…)
Who Dat? (haha) (Stacy Lyn)
(Who da man! Anyone? Anyone? )
Depression Destroyer : laced with all the happy pills a person could ever need Amy
(The FDA might have something to say about this…)
Donut Hell

(I see your Simpsons Donuts, and raise you Death By Donut.)
http://www.youtube.com/watch?v=41wyyGxBdWI)
Donut jelly – John Phillips
(Even easier to dribble all over your shirt!)
Coffee Flavoured – Decaf and Regular – John Phillips
(Decaf? Heathen.)
Donut filled cream pie – John Phillips
(WE HAVE A WINNER!!!)
A vibrating donut – ooh that’s bad John Phillips
(Damn right that’s bad. All my jelly and sprinkles falli- Ohhhhhhhh…)
Congrats On Your First Colonoscopy donut!
(As long as it’s not a colonoscopy flavored donut.)
Decorate and make them look like Krispy Kremes. Michelle at Motley News
(But then everyone will want to eat them. STAY AWAY FROM MY KRISPY KREMES!!!)
Harry Potter themed donut with a wrapper with your limerick on it! ~Wonderbutt
(That’s an upgrade from the fish people usually wrap my limericks in!)
The most luscious no calorie donut by Benzeknees
(Wouldn’t that be a sugar free doughy life-saver?)
A Hertz Donut. “What’s A Hertz Donut?” OW!
(It’s like getting punched in the brain.)
Bacon-flavored donut with bacon-flavored ice cream on top – Hotspur
(I’m afraid to ask – what’s the filling?)
Hahaha, HULK DONUTT!!!! –asplenia
(Make it angry. You’d like it when it was angry.)
GingerSnaap, Zannyro, Alex, or Kanerva (Frank)
(Sounds like that would be a very sticky donut. With an attitude…)
Why a Dallas Cowboy donut!!
(Why indeed?)
Cupcake donuts! Deep-fried cupcakes. Both. —Jell Jell
(Wait – I thought the cravings would be gone by now…)
The Houdini…watch it disappear. Stay Abnormal
(Or drown it in milk! Too soon?)
The Science Channel Black Hole Donut Lindav
(I would pay a lot of money to hear Morgan Freeman narrate my donut eating.)
The Tasmanian Donut. This mini tornado is a blast to eat! If you can catch it..
(It’s not the catching that scares me. It’s the cleaning up afterwards. Powdered sugar everywhere…)
Black holes – sandylikeabeach
(Such a strong force, not even deliciousness can escape. Until you eat it!)
Motorboat donut….they have twin peaks
(Yeah,but wouldn’t you want that to have a happy ending?)
An Everlasting Donut..like an Everlasting Gobstopper –Mel at According to Mags
(I don’t think I’ve ever sucked on a donut. Well, except for that one time….)
Orgasmic & Gingerlicious
(I hope you use protection. Another napkin, dear?)
Canadian donut-Beer soaked, Maple syrup drizzled, topped with Can. Bacon. KJ
(Bonus: recycle old ones as hockey pucks!)
The Nobody Will Judge You for Eating Me donut Elyse 54.5
(People will judge you when you eat donuts. And think you’re AWESOME!!!)

Congratulations to John Phillips for this weeks winning answer. And from the available choices, the most popular was Dr Who donut – It’s bigger on the inside. So congratulations to all you lucky donut choosers too! 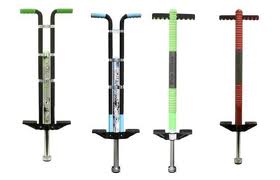 This week, our thoughts turn to travel. The car. The bicycle. The pogo stick
All noble and historic forms of transportation. But it’s the 21st century now.
So we ask, can’t we find a better way to get around? You tell me.
Leave your name in your answer, and we’ll link back to you next week. But do it before 27 Sept, because that’s when this one ends.

And until next time, enjoy this. Eddie Izzard’s bit about the Death Star cafeteria.
If you haven’t seen this before, you’re in for a treat. If you have seen it, then you know it will be fun to watch again!

Ok, I’m finishing this up at 0055 EST. Because sometimes WP likes to eat the posts.
So I hope y’all have a fun weekend, a great week, and I’ll see you when I see you.