Today’s Music: Alana Davis – Reaper
Note on Today’s Music: A brilliant cover of a great song. The rest of her stuff is pretty good too. Hope you enjoy it!

Friday again at last. Where did the week go? And why didn’t it go faster?
It was a very long one for me – late nights and lots of frustration. How did I get through it? Why, by reading blogs of course!
Here’s some of what I saw:
Sofia Leo is moving ahead with her plans for freedom! Jamie had some great great thoughts on gay marriage. Lorre is celebrating her fourth(!) No Divorcesary!
And the inestimable Cayman Thorn gave me a blog of the year award!

Thanks to them, and all of you for giving me great stories to keep my head from falling off this week.

And thanks for the extra sunlight for giving me a few more minutes each day to figure out how to respond to your comments from last week’s poll. And also for revealing how many of you have coffin fetishes. You all, of course, have different ideas about the extra light that we asked about in last weeks poll. Here’s what you said. (As always, my comments rise and set in italics.)

Learn French. Je mange du fromage. (Sigh/went serious. Maybe next week. Maddie)
(Just grab a glass of wine and a beret. People will think you’re a native!)
Tune up the coffin. Don;t need the sunlight finding leaks. John Phillips
(Duct tape – strong enough for everything in life. And beyond…)
Feel like I didn’t wake up too late in the morning. – Carrie Cannibalistic Nerd
(Anything before noon is not too late. Trust me on this.)
so what if the days are getting shorter, it’s still winter till March 20th
(Stop dashing my hopes with your silly logic!)
Shut the blinds. –Lily In Canada
(*switches to infra red binoculars*)
Use the sunlight to charge batteries for my marijuana grow-op. John E.
(Couldn’t you just use the sunlight to grow all-natural?)
Sleep longer and watch out for mallets and stakes… Geoff
(You sleep on a croquet field?!?)
stay up late (like, till 5:15) (Stacy)
(Please tell me that’s a.m.!)
Laugh at Aussies because their days are getting shorter. (-UndercoverL)
(It’s all fun and games until someone gets bipped by a boomerang.)
(Again.)
Spend a little less time worrying about a Vampire getting me….zannyro
(…and a little bit more worrying about mosquitos…)
be caught sleeping in longer
(Not caught as much as envied…)
Is it too soon for nude sunbathing? (D. Delicious)
(Is that a serious question?!?)
…keep my front from falling off…once I find it. JOTS
(Nothing wrong with your front falling off. I mean, as long as there aren’t anti-nudity laws…)
Stand in the sunlight and sparkle like a half-breed vampire. x, Becca
(Sucks that sunlight doesn’t destroy the sparkly ones…)
Masturbate longer…Lorre (Articles of Absurdity)
(There’s still only 24 hours in the day…)
take more naps… yesss! I love me some afternoon naptime!
(With the extra light, you can branch into morning naps!)
shit…now the neighbors will see me naked. polysyllabicprofundities
(Without having to use the night-binoculars! I mean…or so I’ve heard…*crap*)
waste more time while I should be studying!! Woohoo! NBI
(That extra sunlight is just going to make the hangover more painful…)
turn on my lights later, duh! benzeknees
(I can’t believe you brought practical to the Foolishness…)
Make a movie about doughnuts, and drink my cares away! – Hotspur
(From the practical to the absurd…)
Run that extra 5 miles. Duh! – The Bumble Files
(Woah! It’s only a few extra minutes!)
deport piers morgan’s pimped up ride
(Could you make sure he’s in it at the time?)
sleep all day and party all night (SnB)
(So cutting down on the partying with longer days? Slacker.)
actually see the light of day
(What, the Michael J. Fox movie???

)
nap–of course (Addie)
(I get the feeling the time of year has nothing to do with your nap schedule…)
have to stay in my coffin a few minutes longer. – calahan
(Sounds like that’s a high…stakes…plan!)
I am going to daydream about darkness.
(Is politics really a suitable dream topic?)
Figure out exactly what a henge is. Elyse 54.5
(Not enough hours in any day to solve that!)
Spend more time in my coffin. (words&otherthings)
(Eventually, we’ll get all the time there we could want…)
Run over fewer morning/evening joggers dressed in all black. I hate them! Quirky
(But now that you can see them, they should be easier to hit…)
Since you told me the answer to next week’s poll is “peen” …Peen (twindaddy)
(No longer. You must now find the largest answer to the poll WITH…a herring! (Anyone? Anyone?))
preserve the integrity of my toes since I’ll be able to see the coffee maker!! polysyllabicprofundities
(So you have french roast toes when it’s dark out?)
Sparkle more. B_T
(Glitter sale at the crafts store?)
I’ll have to stay in my crypt longer now….dammit! –Mel
(Be a nice spot if you can get wifi in there…)
As Becca suggested, have trampoline sex (Frank)
(I thought it was more a proposition than a suggestion…)
have more light to cut more trees without surprising a shitting bear? LizzieC
(Pretty sure they can still hear you coming at night…)

The most popular answer from the offered choices was That guy above is a jackass. Sleep late!. And I couldn’t agree more. He’s a real Morehead (combination of Moron and Meathead (Thanks benzeknees)! 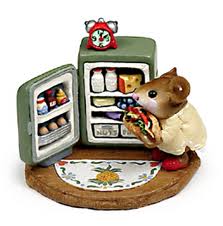 Late nights at work.
Late nights writing posts.
Late nights responding to polls.
Makes a belly hungry. About the only thing I like it being late is the midnight snack.
A delicious high piled sandwich, a fresh burrito, those leftovers in the fridge that have been commingling for a week.
I love me a midnight snack. And I’m betting you do too. So that’s this weeks poll.
Answer on your way to dinner, or answer with a full stomach. But answer by 2359 on 24 January, Because that’s when this one closes. If you leave an other answer, leave your name and I’ll link back to you next week.


So that about wraps it up, and hopefully you’ll get a chuckle off of these to see you on your way.
First, I love this movie. And this is one of the goofiest bits in it.

And this is kind of funny. And I felt like the short guy at the end of this week…

Have a great week, y’all/ See you on the rebound!

Tagged A tag no one will read, Alana Davis, award, Blog of the Year, Midnight Snack, more tags for no reason..., Reaper, Sunshine