Tag Archives: If The House Is A Rockin

Why I Started a Blog: Raisins and Beans (Translated from the French!)

Today’s Music: Stevie Ray Vaughn and Double Trouble – If The House Is A’Rockin

Dude, “raison d’etre” translates loosely to “reason for being”, not “raisins and beans”.
Umm…no one likes the French.
Jackass.

It seemed simple enough when I started. John Scalzi had his blog about 10 years and was a best selling author. Jenny, the Bloggess, had been online for a while and had a book deal, as well as being an in-demand speaker. The lady that cooked all of Julia Child’s recipes got a book and movie deal.
That was how it worked, I thought. Go online. Be brilliant. Make money. Live your dream.

Let me be clear here, the money is not at all the dream. I have no interest in having money as an end to itself. I’d just like to have enough money to not have to worry about money. It’s been a long time since I took a job just for the money, instead of the opportunity to learn and do something interesting.
But that isn’t the dream either. 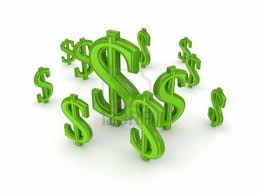 So, I figured, start a blog. Post fun stories about adventures. Find a sponsor.
Do the dream.

Jet ski across the Atlantic Ocean.

Think about it – a guy who ran under a truck. A guy whose last words as he jumped off a bridge were “I WANT A PONY!!!)
A guy who would pick his friends up at 10 am for lunch because he was taking them to PA for philly cheese steaks.
Who better to pull off one of the stupidest stunts ever (short of running for elected office)?

I don’t have a death wish. The exact opposite in fact.
The thing I’ve done that I’ve enjoyed most is probably rock climbing. There are moments where your fate literally is in your hands. Where will your hand go? Which way will you lean?
The equipment doesn’t matter. It’s acknowledged, then dismissed.
No, I wouldn’t climb without a safety line or without a belayer who understood what they were doing. But that gets dismissed from thought.
And up there in the air, or hanging from the cliff face, for me, is the purest expression of “What can I do?”. What are my mind and body capable of when they are completely focused on one thing, to the exclusion of all else?
To me, that’s living.
Not the adrenaline high. Not the stories afterwards. Not being part of a small club that knows exactly what you mean when you describe grabbing a bomber hold, or stepping out of a plane, or pearling off a surfboard.

Just that one moment of focus and complete calm as you go for the next move.

And beyond that, what can be done? What is possible?

I think jet skiing across the Atlantic falls into that last question. Is it possible? to take a few pounds of fiberglass, an engine and a lunatic across 3000 miles of ocean? Some of it piled up 40 feet or higher?
Damned if I know.
But I’d love to find out. 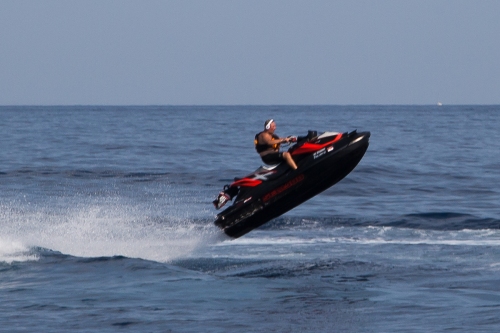 So I started to blog. I’ve told some stories that give a pretty good idea of who I am.
I’ve met some great people. I’ve been turned on to a whole universe here in the sphere.

Still no sponsors. But I’ve met a ton of great people.
People that will listen to the stories (and the music), maybe say something funny, or wise, or thought provoking.
And I’ve enjoyed their stories, and the back and forth in the comments as we meet on other sites.
And that’s worth even more than getting a book deal and a movie contract.

So listen up, sponsors. When you come by to set me up with the gear I need, you’re going to have to kick in a little extra for paint. Because the avatars of all the people I read and that stop by here are going on the side of the ski.

Wouldn’t be any point otherwise…